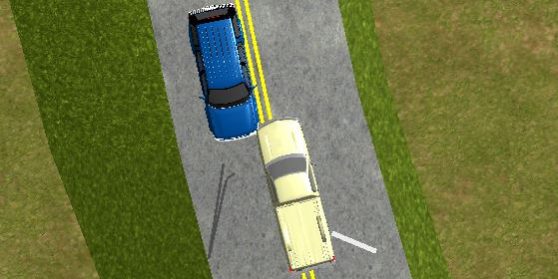 A young man in McCreary County, KY was in a traffic collision where a man came into his lane and hit him in an offset frontal collision. The KSP after an extended period of time charged our client with Assault 1st for the traffic collision and stated that our client had crossed the center line and hit the other person. Our client was facing 20 years in prison so their attorney recommended they call SRI to reconstruct and investigate this collision. We interviewed reviewed the police report, witnesses, forensically mapped the scene of the collision, identified forensic evidence, and created computer generated models of the location of these vehicles at impact based on the forensic evidence. SRI submitted a report of our findings to the Defense attorney who then turned it over to the Commonwealth Attorney. The next week the Commonwealth Attorney called the Defense Attorney and resolved the case. CASE CLOSED.